You can read Seducing St. Nick in Tempting Scrooge! 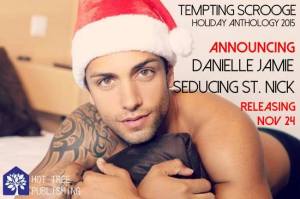