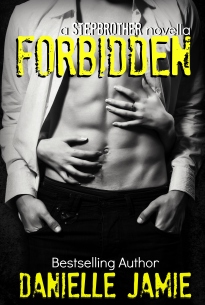 Spring Break 2015 was supposed to be spent lying on the white sand beaches of Mexico sipping fruity cocktails with my friends and my boyfriend, Heath. Instead I found myself single and flying back home to San Francisco to spend it with my mother, her new boyfriend and his son, Linc.

Linc, or as my friends like to call him ‘Forbidden,’ is my future stepbrother and the one person who gets under my skin unlike anyone else.

We call him Forbidden because, like the fruit in The Garden of Eden, Linc is tempting and completely untouchable.

I’ve hated the arrogant jerk for as long as I can remember. But a week alone together, followed by a drunken bet, leads me onto a path that once taken…there is no turning back.

https://www.goodreads.com/book/show/24975765-forbidden Add to your TBR lists!

Release Date I’m hoping for is Feb 26th! This story came to me last night while talking about spring break and all these step brother books on my kindle! Haa and then BAM I had the story for Linc and Raven. I hope y’all enjoy it! It’ll be around 20k words and a fun, hot and steamy novella.

Chapter One
Zipping my suitcase, I pull my luggage off of my bed, grab my purse, and look around my room one more time, before finally making my legs move and walk out shutting the door behind me. My stiletto heels clink loudly as I make my way down the long hallway as the sound ricochets off of the walls. I stomp my way down the long winding metal staircase of the apartment myself and two of my friends share just off campus and head outside to the cab waiting for me.
Everyone else has already left, flying or driving back home for spring break while I stayed here procrastinating for as long as possible before finally having no choice but to go back home. Spring Break officially started today, March 30th. But because today’s a Monday, my roommates along with almost everyone else here at the California State University in Long Beach all left on Saturday.

I climb into the back of the cab and try to push thoughts of going home to the back of my mind. For now I’ll pop my earbuds in, crank up some T-Swift and get lost in my steamy romance novel to pass the time until my flights boards.
I can only pray for thick fog and a long flight delay. But with the forecast for once predicting nothing but blue skies and sunshine back home I doubt that’ll happen.
San Francisco here I come. Please let me find my house stocked with enough booze to put me in a coma for the next week, or so help me God, I may not survive this spring break. 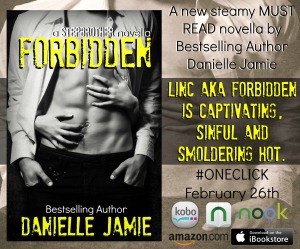